Unsolved Mysteries: The Man Behind the “Voice of Clarity”

There are so many unsolved mysteries in the world. For generations, people have been struggling with the “Big Questions of Life” like…

And the list goes on. But at Clarity Group, there is one unsolved mystery that ranks ahead of all of them:

“Who is that British dude you have on your voice mail?”

So, after years of speculation, innuendo and two “ABC Afterschool Specials” on the topic, we feel that it is time to finally reveal the identity of “The Voice of Clarity.”

Ladies and gentlemen, please meet A. K. Bobby Mallik, DMD. Not a professional voice over talent…but my neighbor Bobby, who did me a solid and shared the dulcet tone of his British accent so that we could make a really cool first impression when people call us.

Here’s a little more about Bobby Mallik. He was born and raised in Yorkshire, England, where most of his family still lives. He went to college at the University of South Florida, where he played tennis for the Bulls – which likely fostered his new passion for table tennis. After graduating from USF, he studied Dentistry at the University of Pennsylvania’s School of Dental Medicine. After stints in Iowa, Illinois and New Jersey, Bobby settled into private practice in Durham where he is one of the area’s leading endodontists (root canal).

Bobby is married to an amazing woman and they have a beautiful daughter – with twins on the way! A dual citizen of the US and UK, Bobby still has a love for British rock bands of the 80s (think Duran Duran, Pet Shop Boys, Dire Straights and WHAM! – before the disastrous solo careers of George Michael and Andrew Ridgely). Truly, Bobby is one of the good guys in the world. A person with whom it’s an honor and privilege to be associated…even if it’s just his voice.

But my favorite part of the Bobby Mallik story is that he always wanted to be a dentist, ever since the age of ten…just like Hermie the Misfit Elf from “Rudolph the Red Nosed Reindeer.” While the rest of us were dreaming of making toys for Santa, Bobby wanted to fix teeth. Isn’t that the coolest thing in the world?!?! He is living his boyhood dream and couldn’t be happier. 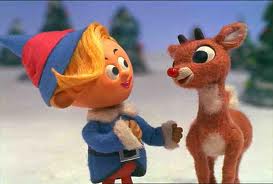 [Sidebar – In finalizing this post, I realized that Hermie the Misfit Elf has quite a following, including a Facebook page, YouTube rap videos and plush toys and figurines. Clearly, dentistry has its rewards!]

So there you have it – Bobby Mallik, the “Voice of Clarity.” We’re pretty proud to have Bobby as part of the Clarity family – and expect some commission when he gets hired as the play-by-play announcer for Manchester United.

While we have you, here a few pieces of advice driven by our experience with Bobby (to be read in the best British accent you can muster, ol chap).

And again, thank you for calling Clarity Group. [BEEP]

Husband. Father. CEO. Working with those who make the world a better place. Trying my best to help.
View all posts by Craig Wood →
This entry was posted in Communication, Culture, Workplace Productivity and tagged british, first impressions, hermey, hermie, misfit elf, transparency. Bookmark the permalink.